Yes, you read that right. I know that mainstream media loves to go on and on about how video games are the root of all evil for some strange reason, and they just love talk about how violent and immoral content may influence a player’s behaviors in the real world. Now, that is actually an interesting subject, but that’s a whole other topic that I’ll probably write about at a later date.

So, I may not be an avid gamer, but I played my fair share of games with and without violent contents, and I’ve watched quite a few people play games as well. So I know from personal experience, as most of you may as well, that I’ve never had any intentions to behave or recreate any of the violent acts I’ve witness or may have done while playing or watching someone else play a game (Ok maybe doing some cool stunts in fast cars GTA style I’ve thought about. 😉 ). Except when it comes to roleplaying and cosplay, or maybe cooking food related to certain game series. (I mean, you cook quiche long enough while playing Tales of Vasperia and you’ll eventually want to try and make one yourself, which actually wasn’t as hard as I thought it was going to be…)But I digress.

Anyway, I realized, since not all video games have violent or immoral content, as there are entire genres which don’t necessarily need “story” content in order to be playable or enjoyable, like puzzle games, playing video games must cause some kind of affect, perhaps some that may actually be beneficial. And in fact there are cognitive, emotional, motivational, and social benefits to playing video games. However, video games come in many forms, from in depth interactive narratives like bioshock infinite, to the good old original pc games like minesweeper and freecell. Because of this incongruity, it sort of begs the question of what exactly are video games?

What are video games?

Well, Video games are essentially activities of structured play, or play with an specific goal, that often involve elements of competition, skill or chance, and are primarily visual in response. The purpose or function of play indicates that during the activity, participants are able to experiment in social and emotional experiences, which improve social competencies and produce feelings of resolution outside of the play context.

Just like how in the old days children play “house” or “cops and robbers” running around outside together, or at least before the invention of video games they did…do children go outside still?

Because VG’s are simply electronic adaptations of play, it is evident that the emotional themes of play can also be explored in VG’s, allowing for important cognitive, emotional, and social competencies to be learned and understood. 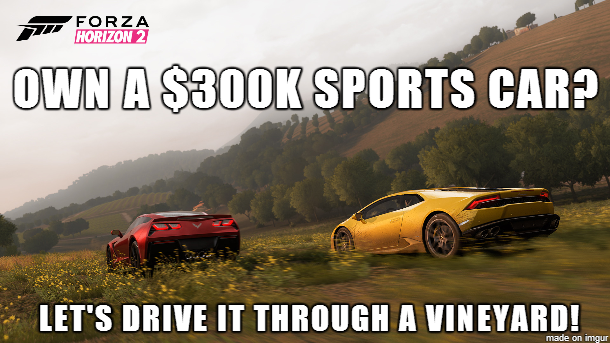 Attention Ability & Spatial Recognition: As for some of the benefits of playing video games, there’s one VG genre in particular that provides many cognitive benefits. Action games improve the efficiency and effectiveness of attention allocation and spatial recognition. Some may argue that VG’s make people less attentive however, it’s more so enhancing a player’s ability to focus what information is the most important for accomplishing a task or winning the game. Interestingly, video games can be used to train these mental capabilities in a brief period of time as well.

Problem Solving & Adaptation Skills: Many VG’s also improve problem-solving skills by presenting open-ended problems that encourage players to collect information and experiment by trial and error. In addition to this, avid gamers are continuously being exposed to new ideas, rules, goals, or environments, which encourages the player’s ability to adapt to change.

Enhancing Creativity: Another cognitive benefit of playing VG’s is that it enhances creativity, regardless of whether or not it contains violent content. It is likely that these cognitive benefits are the result of the visually rich in-game environments, the fast-pace game play that requires quick decision making, and the attention given to changes in the game. Some emotional benefits of playing VG’s, as mentioned earlier include:

Now, the motivational benefits of VG play are determined by how the player reacts to the game. VG’s promote an incremental theory of intelligence by influencing how failure is processed and dealt with by providing immediate feedback. Although failure can, “induce frustration or anger… it is usually met with excitement, interest, and joy…signaling the need to remain engaged and to bolster one’s effort”.

In regards to the social benefits of playing VG’s, it promotes prosocial behavior even if the VG is violent. As long as the game is played co-operatively, it decreases a player’s aggressive behavior in and out of game context. Studies show a connection between VG’s and civic engagement, and that by playing VG’s that incorporate civic experiences, like helping the poor or less fortunate, players are more likely to be engaged in social endeavors or civic movements in everyday life. Furthermore, with the growing popularity of video games worldwide, it’s safe to say that the old stereotype of that nerdy gamer who has no friends is a kind of a myth. Because of the ever-growing number of gamers and VG fans, there are countless forums and communities that have risen to encourage discussions and social interactions. Press A to respond

Press X to punch them in the face

Press B to escape

Or just kind of ignore them…

I hope you enjoyed this little article. If you want me to write on video games or technology then let me know in the comments below!

Understanding Procrastination & What To Do About It

4 Theories To Help Understand Your Needs, Wants, & Motivations In Life